John 14:1-3  “Let not your heart be troubled; you believe in God, believe also in Me. In My Father’s house are many mansions; if it were not so, I would have told you. I go to prepare a place for you. And if I go and prepare a place for you, I will come again and receive you to Myself; that where I am, there you may be also.

We often experienced anxiety and most of the time we think it is a thinking problem that can be  address through counselling, medication, perhaps yoga and alike. But Jesus didn’t advice any of that, He told the disciples to:

(1)believe in God and believe in Him. Anxiety is not a thinking problem but rather a FAITH problem. We worry because our faith is not rightly focused to Jesus. Let us say we worry so much for our children’s future such as “will they get better education, find godly wife/husband, will they make good and godly choices in the future?” and after we struggle finding answers for those concerns, we realized that we can’t really do anything about it. But if we put our faith in the Lord and trust that He had in mind a good plans for them, peace will surely come. Anxiety can be cure only if we direct our faith in the right way. Jesus address this problem by reminding the disciples to believe in God and believe in Him. Get our faith right, then our thinking will be right, then our emotions/character will be right.

(2)Thinking of Heavenly. We hear the phrase “don’t think too much about heaven, it will be no earthly good” but Jesus says otherwise, think more of heaven and you will be good on earth. Jesus is preparing a place FOR US!! Think about what more He is preparing FOR US. His glorious plan FOR US. He is preparing a banquet and WE ARE THE SPECIAL GUEST. He was born FOR US, lived FOR US, died FOR US, suffered FOR US, was resurrected FOR US, ascended to heaven FOR US and He will be back FOR US. What an incredible display of power and love and kindness just FOR US. Think about that and you will be relieve from anxiety.

Anxiety can be cured by Faith (believing in God and in believing in Jesus) and Thinking heavenly (thinking what Jesus had done, will do and doing FOR US)

Being IN CHRIST #1
Inseparable – Justification and Sanctification

Acts 24:24-27 “And after certain days, when Felix came with his wife Drusilla, which was a Jewess, he sent for Paul, and heard him concerning the faith in Christ. And as he reasoned of righteousness, temperance, and judgment to come, Felix trembled, and answered, Go thy way for this time; when I have a convenient season, I will call for thee. He hoped also that money should have been given him of Paul, that he might loose him: wherefore he sent for him the oftener, and communed with him. But after two years Porcius Festus came into Felix’ room: and Felix, willing to shew the Jews a pleasure, left Paul bound.”

Here is a classic example where Paul witness to Felix about his faith in Christ. Having faith in Christ (being saved) is inseparable to living in righteousness and temperance/self control (sanctification). A truly saved person is willing to deny himself, carry his own cross and follow Jesus (Matthew 16:24). This does not mean living perfect but rather living a life under the grace of God, for though the righteous fall seven times, they rise again (Proverbs 24:16).

Felix want to be save but at his own convenient season, he don’t want to surrender everything especially Drusilla, his third wife whom he lured from her husband. That is not how salvation works. Paul knew it,  he shared his faith in Christ to Felix and it was immediately followed by the message of righteousness, temperance and judgement.

The message of Paul is clear,it may not be simple but at least he makes it clear. Putting our faith IN CHRIST means living a life of righteousness, they are inseparable like the certainly that it will be followed by glorification on the reign of Christ. I believe that it is an insult to the gospel to say you are saved and yet your life shout otherwise. Being saved simply means placing yourself under the Lordship of Christ, living a life pleasing to Him, even in our failure we look at His grace for salvation and forgiveness which brings more realization about His life, death and resurrection, igniting more love and desire to live a life of praise and honor unto Him alone.

Come to think of it:
Salvation is not cheap, it has been paid full through Christ death on the cross, live and mean it.

Romans 8:28 (KJV)
“And we know that all things work together for good to them that love God, to them who are the called according to his purpose.”

Most of the time, what we know differ from what we feel. Emotion must be subjective to the word of God or else it will be a deception.

If we ask the congregation about how they feel this morning, we will surely get different response but if we ask what they know about God according to the scripture, I believe we can get nearly or maybe a unified response.

Christian life is not about what we feel about something but what we know about the word of God, although I strongly believe that what we know should propel how we feel. When we find out that God loves us so much, that He is for us, and that He will work all thing together for good to us who are called according to His purpose, I believe it will cause us so much joy that we can lift our voices in praises and thanksgiving, expressing our thought through our emotions with so much desire to know Him, the magnitude of His love and goodness, bursting our eyes with tears because WE KNOW.

Come to think of it:
2 Peter 3:18 “But grow in the grace and knowledge of our Lord and Savior Jesus Christ. To him be glory both now and forever! Amen.” 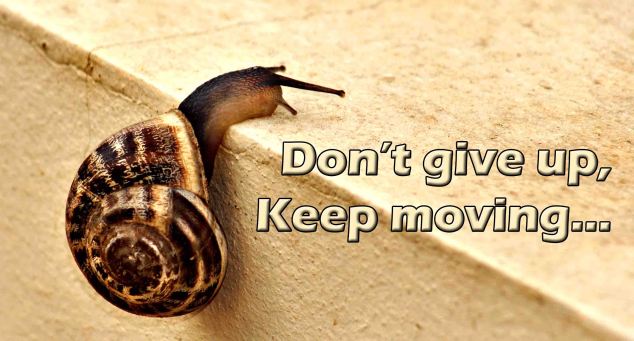 Philippians 1:6New (NLT)
“And I am certain that God, who began the good work within you, will continue his work until it is finally finished on the day when Christ Jesus returns.”

We commonly fail to complete certain projects and give up easily on things that we started. There are people who gave up on us and we ourselves gave up on them. (sabi nga nila walang forever) Most of the time we fail ourselves and fail some peoples expectations.

Surely we fail God as it said in Romans 3:23 that we fall short of His glory, we frequently offended Him through our failures and sins. Broken promises to God and our love ones are piling up.

But in spite of all these failures and shortcomings, there is one thing remains true and steadfast and that is God never fails. Paul said that it is certain that God will never give up on us, He will finish what He started, He will continue to work on us until the second coming of Christ.

What a comforting truth. With this we can not afford to stop and quit, knowing that He will never leave us. With this we should strive more to continue and persevere, looking forward for that glorious day where God finally makes us perfect for His own glory and for His own praise.

We can’t change anything from our past, just keep moving with the present because our future is already certain and decided with Jesus, our Lord and God who never fails, to Him be the glory and power forever and ever, Amen.

“Joshua then commanded the officers of Israel, “Go through the camp and tell the people to get their provisions ready. In three days you will cross the Jordan River and take possession of the land the Lord your God is giving you.””
Joshua 1:10-11

After the LORD spoke to Joshua, he then relay these charge to the officers of Israel. I think a couple of lessons here needed to be observe.

1. A leader must hear from the LORD.

A leader received a word or instructions from the Lord then pass it on to those under him. You can’t really give something that you didn’t received. You can’t teach or instruct someone lessons you yourself didn’t learn. You must learn something from the Word before giving it to others or else your are just like handing them over some can goods or instant food type (message from the internet or from other people).

A personal devotion, prayer and study of the bible are vital to a leader’s life in receiving fresh revelation from God, a revelation that will benefits people’s life around him by giving them clear and specific instruction based on the word of LORD himself.

2. A leader relay a clear and specific instructions

a. Preparation and Planning “Go through the camp and tell the people to get their provisions ready”

c. Purpose “take possession of the land the”

d. Goals and Vision “the Lord your God is giving you”

these points are explained more in the proceeding verses.
Come to think of it:

If we can only learn to listen and know God’s character and attributes through His given word, we can have a clear vision, exceeding hope and determined purpose for our life. All for his glory alone.

“Be strong and courageous, for you are the one who will lead these people to possess all the land I swore to their ancestors I would give them. Be strong and very courageous. Be careful to obey all the instructions Moses gave you. Do not deviate from them, turning either to the right or to the left. Then you will be successful in everything you do. Study this Book of Instruction continually. Meditate on it day and night so you will be sure to obey everything written in it. Only then will you prosper and succeed in all you do. This is my command—be strong and courageous! Do not be afraid or discouraged. For the Lord your God is with you wherever you go.” Joshua 1:6-9 NLT

The LORD talk to Joshua (because he will lead the people to claim the promise land) to “be strong and courageous”. Strong and courageous not because there is an enemy to overcome nor there are walls to be crushed and giants to be slain but because there is a command, a set of instructions from The Book that needed to be known by heart, doing everything written in it in order to succeed, conquer and live in the promised land.

We live at a time where these set of instructions are tested for its reliability, truthfulness and applicability. I believe that God is constantly reminding His people to be strong and courageous, adhering and carefully reading, studying and teaching the word of God in faithfulness and truthfulness because only by that we are assured of victory. We will not deviate from either right or left if we make the bible as the absolute source of authority. If all the preaching and teaching we hear and deliver came from our faithful study of the word of God through prayer and power of the Holy Spirit, we can fulfill the God intended purpose and eventually conquer and live to the promised land which the Lord promised to our ancestors.

GOD is not concerned on who the enemy is nor how powerful they are but on how you will obey and love His word because our success depend on it.